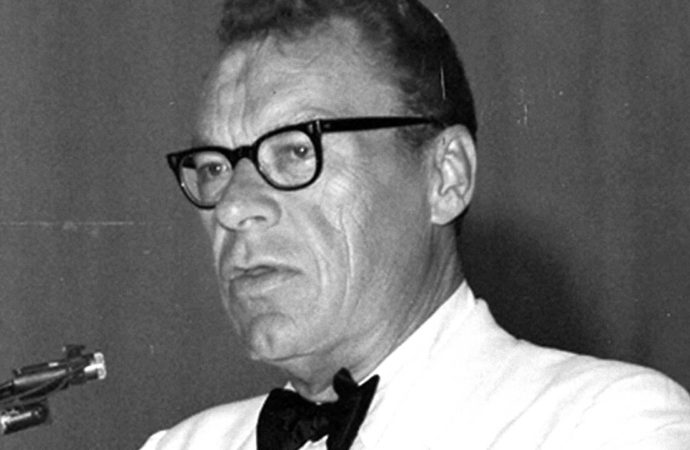 Is success available to everyone? It doesn’t matter where you are; if you’re going in the right direction, you win.Avant Midi Publishing

Earl Nightingale’s famous LP “The Strangest Secret” describes his dilemma as a boy: why do so few succeed financially, while the vast majority barely manage to scrape a living? Growing up in a country where riches abound and success is available to anyone, why are so many people struggling? His family was among the latter, so he decided to do some research. What he discovered was that only 3% of the population of working people today would be financially independent by the time they reach 65 years of age.

Thus began the search for the “secret key” that gave some people success while it eluded others, leading Nightingale to some interesting places: serving as a U.S. marine during WWII, he was one of only 15 marines to survive the attack on Pearl Harbor. Upon returning home, he began a radio career, during which he came across Napoleon Hill’s “Think and Grow Rich” and, at age 29, believed he had found the key he was looking for. Since abundance and wealth is available to everyone, why did only a few achieve it? The answer, found in that well-known book, is simple:

We become what we think about.

That’s it; we become what we think about. This phrase is the “key” that’s been said in various ways by history’s greatest teachers and wise men. Interestingly, Earl Nightingale and so many others had already come across this so-called “secret”. It appears in the Bible, in the works of Marcus Aurelius, James Allen, Ralph Waldo Emerson, and many, many more. We become what we think about.

The first step, then, is to decide what we want to become. As Goethe put it, “before you can do something you must first be something”. This “being” can begin as a short-term or long-term goal, imagining a new life… anything. The second step is to think about it. That sounds easy enough. But how can we consistently think about what we want to think about? The terms “positive thinking”, “focus”, and “mindfulness” get thrown around, but anyone who’s tried these things know it’s easier said than done.

Goal-setting is a great way to set the mind to a specific purpose, thus calibrating our thoughts towards something we want, and want to become. The more passionate we are about a goal—the more we want it—the easier it becomes to focus on and think about. Get emotionally involved in your goal by imagining yourself already having achieved it, enjoying the fruits of your labour, and feeling as though it’s always been in your life. By setting a specific, achievable goal, and thinking about it—really thinking about it with faith that it is possible—your thoughts focus on that result, and you eventually achieve it.

This key is special because it is more than just an opinion; it is, according to Nightingale, a universal law. As with any law, using the key means that your goal must come true. Achievement of your goal is the effect that follows the cause of consistently thinking about it.

In this way, Earl Nightingale unlocks success and renders it simple, elegant, and accessible to anyone. This age-old information has been rediscovered and reiterated by Earl Nightingale in the context of modern society.

There is also another discovery that Earl Nightingale shared, somewhat overshadowed by his secret key, but no less important. This one, too, has been said before in different ways.

Our rewards will always be in exact proportion to our service.

In nearly all his radio shows and personal development recordings, Nightingale discusses rendering service to others. Give, and you shall receive. As you sow, so shall ye reap. A particularly impactful lesson in “The Strangest Secret” is about a man who sits in front of a cold stove, waiting for the heat. “First give me heat,” he says, “and then I’ll give you the wood.”

This illustrates clearly that our world works in a very specific way. Events always follow a specific order. And that order is: to receive, we must first give—cause always precedes effect. The only real way to ask for something we want is to cause it to happen. Giving wood to the stove and lighting it sends the clear message to the universe: yes, I want heat!

Earl Nightingale said that you’re not successful because you’re wealthy, although wealth & success often arrive hand in hand. You become wealthy because you’re living successfully. The way to live successfully is by following the law of cause and effect, as outlined above. Success isn’t difficult: it’s a matter of finding a worthy ideal—one that benefits yourself and others—and working towards it. Serve others, and riches will inevitably follow. The greater quality and quantity of service you’re able to provide, the wealthier you’ll become! Although some believe that many people are rich because they cheated others, because they’re lucky, or other similar reasons, these cases represent a minuscule minority of wealthy people. For the vast majority, you can measure the amount of service they provide to others by the size of their bank accounts. The richer they are, the greater service they’ve provided. That’s the law.

Success is the progressive realization of a worthy ideal.

Is success available to everyone? Yes! You, reading this with the intention of improving your life and experiences, are already successfully pursuing that goal. Anyone who is following the path towards a worthy ideal is already a success! It doesn’t matter where you are; if you’re going in the right direction, you win. So, now that you know that you’re already capable of succeeding in any ideal you deem worthy: what do you want to achieve? What is your worthy ideal?

Note: Give “Think and Grow Rich” by Napoleon Hill a read too. Besides offering practical advice on succeeding in your endeavours and earning wealth, the book gives invaluable insights into spirituality and awakening personal potential.

Your email address will not be published. Required fields are marked with *